Africa's highest peak, Mount Kilimanjaro, the world’s famous Ngorongoro Crater, and the Serengeti Migration have been nominated as Tanzania’s three candidates for voting into the Seven Natural Wonders.

Mount Kilimanjaro has seven distinctive peaks, with Uhuru Peak accounting for the mountain’s highest elevation at 19,341 feet (5,895 meters). A 1.5 mile wide crater is featured as part of the Kibo portion of the mountain.

Ngorongoro Crater is the world's largest unbroken caldera. Often referred to as "Africa's Garden of Eden," the crater is home to over 30,000 animals including elephants, lions, cheetahs, wildebeests, buffaloes, and the rare black rhinos.

Ngorongoro Crater was created from a volcano that exploded creating the caldera wilderness haven. The crater is 12 miles (19 kilometers) across and consumes 102 square miles (264 square kilometers) of wilderness. The rim of the crater rises just over 2,000 feet (610 meters) above the caldera floor, reaching an elevation of 7,500 feet (2,286 meters).

The Serengeti migration is the longest and largest over-land migration in the world. The Serengeti plains account for over 18,641 square miles, and the migration itself travels 500 miles on the path from Tanzania to the Masai Mara Reserve in Kenya.

The Serengeti is home to over 70 larger mammals and approximately 500 different types of birds. Probably the most impressive part of the migration is the herds of wildebeests that blanket the plains. The migration will kill off around 250,000 wildebeests each year.

The Managing Director of the Tanzania Tourist Board, Dr. Aloyce Nzuki, told eTN that a voting exercise will be conducted through a website designed to pick the votes.

He said voters will be free to vote for four other tourist attractions available in Tanzania but not named in the list above. There is no deadline for the voting exercise, he said.

Dr. Nzuki said the listed and leading tourists in Tanzania have been attracting many tourists, other than their social and economic impacts to the people.

“We are confident that our nominated attractions will find its way into the Natural Wonders of the World, hence rais[ing] Tanzania’s tourist portfolio in the world,” he told eTN.

The Tanzania Tourist Board, the official tourism marketing and promotion institution, is the official coordinator for the voting exercise.

The voting exercise has been organized by the Seven Natural Wonders, a global grassroots organization committed to protecting the natural wonders of the world with a mission to help people discover and explore the natural wonders of the world, to teach them about the wonders and the things that threaten their existence, and to inspire them to create a philosophy and practice of conservation. 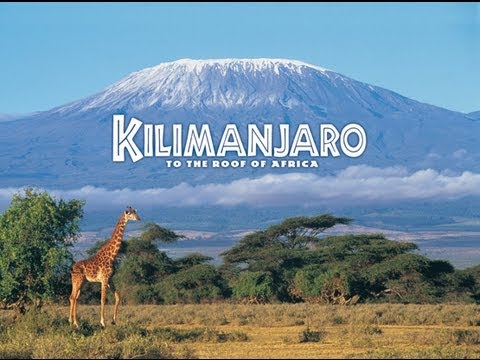