Snow adorns the crown of Kilimanjaro

Constituting the highest mountain in Africa, Mount Kilimanjaro is slowly building up its snow cover, allaying the fears of prominent scientists who had predicted witnessing the eminence lose its famous white hat. The drifts are slowly thickening on the top point of this summit, giving new hopes to Mount Kilimanjaro environmental watchdogs and tourists that the peak may not lose its beautiful snowy cap, as scientific experts have long been warning.

Covered in mist for most of the day, Mount Kilimanjaro is the most tourist-attractive site in Tanzania, pulling in tens of thousands of foreigners and locals each year. The snow, which once had disappeared on some parts of the mountain, is piling up again gradually, making a beautiful picture out of the Kibo peak.

Sources from Kilimanjaro environmental groups said this precipitation could rise to cover most areas of the mountain, but the effects of climate change and global warming could still affect the peak’s snow layers, which have been becoming thinner and thinner.

Environmentalists had warned that this highest peak in Africa could lose its ice cover and glaciers between 2018 and 2020 unless global campaigns to save the mountain’s ecology were taken and a stop put to rampant tree-felling and unchecked agricultural activity on its slopes.

The writer of this article observed during this week’s flight closer to the mountain, recovering snow piled up, covering the whole mountain peak.

Despite several warnings by scientists over disappearing snow, new hopes are rising to see this highest peak in Africa regain its face through stringent environmental protection campaigns.

Kilimanjaro Area Governor Mr. Leonidas Gama said environmental degradation has to be checked by all possible means lest Kilimanjaro residents live to regret it, adding that after inspecting the natural plants and plantation forests on the slopes of Mount Kilimanjaro aboard a hired helicopter, he found people harvesting timber, and livestock grazing in different areas, with total impunity.

“The situation has become alarming and has to be arrested now, to restore the former glories of the mountain, the highest peak in Africa, one of the World Heritage sites and an absolute destination choice of foreign visitors to our country,” Gama said.

He said residents should be sensitized to the need to lend their hands to reforestation practices, so as to ensure that the region becomes once again a choice place to live in, with all its natural resources intact. He expressed the need to deploy security organizations to curb the ever-worsening scourge of timber-harvesting from natural and reserved forest areas.

This reporter observed with enthusiasm during the recent flight around the mountain’s peak that there was a deepening of the snow, which had once practically disappeared.

Standing freely and majestically with its frozen cover gleaming in the sun, our beloved Kilimanjaro has been in great danger of losing its eye-catching glaciers. The mountain is located some 330 kilometers and 3 degrees south of the equator.

Mount Kilimanjaro is an awesome and magnificent peak, one of the prides of Africa, and one of the chief free-standing mountains in the world. It is composed of three independent peaks – Kibo, Mawenzi, and Shira – covering a total area of 4,000 kilometers.

The snow-capped Kibo, with permanent glaciers covering its entire tip, is the highest at 5,895 meters altitude and is the most attractive sight, pulling in over 40,000 foreign and local tourists per year.

This peak is indeed considered one of the leading tourist attractions in Tanzania, due to its beautiful appearance and its strange geological characteristics.

Global warming effects are being felt in most parts of Africa with important impacts indeed on tourist sites, included in which are Tanzanian wildlife parks and Mount Kilimanjaro’s unique ecosystem. 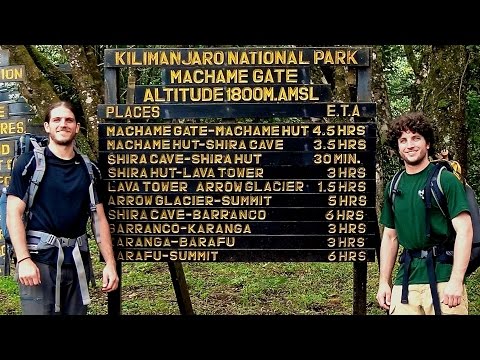